So the Comedy Wives had their first book club meeting! It was amazing! We ate fruit, we drank coffee, and we talked about space! The book we had chosen was Chris Hadfield’s An Astronaut’s Guide to Life on Earth and even though most of us didn’t quite finish it in time for book club, still we felt that some important questions had not been covered in the book, as far as we had read. If we were to go to a Chris Hadfield book reading, we would be ready with all the unanswered questions that the people on Earth want to know, and we would immediately get asked to leave, obviously.

Alright, in your book you talk about how without gravity, your sinuses don’t clear in space. We were wondering how zero gravity effects blood rushing to your penis? We want to know, are boners a non-issue in space as a Google search has suggested or, conversely, once you get an erection, does it just stay up until you get back to Earth?

Follow up question: How awkward are boners in the confined space of the International Space Station? Or are astronauts, in addition to being better than the rest of us more generally, also more mature?

2 – Chris Hadfield, have you ever brought anything back?

In the 1999 hit movie the Astronaut’s Wife Charlize Theron fears that astronaut Johnny Depp might have come back from space…different. Do you ever worry that you might bring something back? 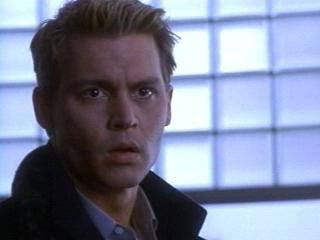 You are very good to describe bathroom functions in detail as far as peeing in space and shuttle diapers, but we are still not satisfied. In Chapter 8, how to get blasted (and feel good the next day) you describe a thing that looks a bit like a DustBuster to suck up your pee, is this object also used for bowel movements? Furthermore, you mention that a lot of spicy food gets eaten in space, because of the way your taste buds act up there, does this create a space diarrhea situation? How does diarrhea act in space?

Inquiring minds want to know. Can it be done? And, in your opinion, has it ever been attempted?

In the same way that your pee needs to be sucked out of your penis, we imagine you don’t want moustache bits floating around getting into everything, so how do you trim your moustache in space?

So there you have it, obviously we had way too much fun at our book club meeting, and we’re less mature than your average astronaut.

If you want to join us in reading our next book club book, you are in luck! We actually decided on a book at the meeting:

Longbourne by Jo Baker. The events of Pride and Prejudice re-imagined from the perspectives of the serving staff.

I don’t know about you, but I’m excited! (Especially since Downton Abbey recently appeared on Canadian Netflix, so obviously I’m just coming off of a binge!) What will they think of Wickham? I have to know!

Read along and we’ll be giving you updates, providing discussion, and generally having fun with it.

Since the holidays are upon us, and we all imagine we’ll have more free time than we will, some of us will also be reading our runner-up book : Dr. Sleep by Stephen King, the sequel to The Shining. Although we will not be doing any sleeping while reading it, obviously.

An Astronaut's Guide to Life on Earth, boners in space, Chris Hadfield, moustache in space